An Appeal to Philosophy of Biology

Subdivisions within the of philosophy of science have many handy conceptual tools to offer those studying philosophy of mind. For example, the philosophy of biology is able to provide insight on how the theory of evolution contributed to the development of the brain and its functions, why consciousness feels the way it does, and how humans became so intelligent and rational (Griffiths 2017). Questions within biology and other sciences are slowly answered as scientists gather evidence and connect it with other knowledge. A philosopher may ask similar questions (Griffiths 2017, section 8) but these are likely to differ in contexts such as scope or level of abstraction. Appealing to evidence provides good epistemic reason to form a belief (typically and/or ideally) and may provide compelling answers for anyone who feels inclined to follow this style of thinking¹.

This is indeed a bold claim, but I am eager to demonstrate its effectiveness. Consciousness can be explained in slightly metaphysical, somewhat psychological, and mostly biological² terms, and it’s time we check out the evidence. Once a rough sketch of how the mind supervenes on the brain has been sufficiently outlined, we can create tests to answer further or lingering questions. If we work at collecting all sorts of information about the brain, body, and environment, organizing questions and findings in strategic ways, we can create an empirical account for the mind.

Topics to be discussed for an empirical account of consciousness include:

This is only the beginning however, so I am sure there will be more. I did not include metaphysics and epistemology in that list because they’re kind of implied. If you think there is something I’m missing, either from the list or from something related to the post, feel free to email me.

For those of you who like foreshadowing or hints, check out Ontic Structural Realism, related to philosophy of science. 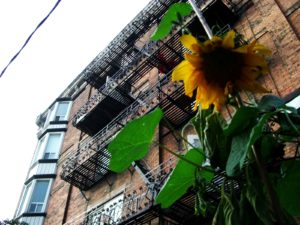